Welcome to Philadelphia. Or at least my version of Philadelphia. You are now tuned into Gorilla Upskirts and Huggie Butterworth.
What's not to get?

Here is the very first bandit sign I every created: 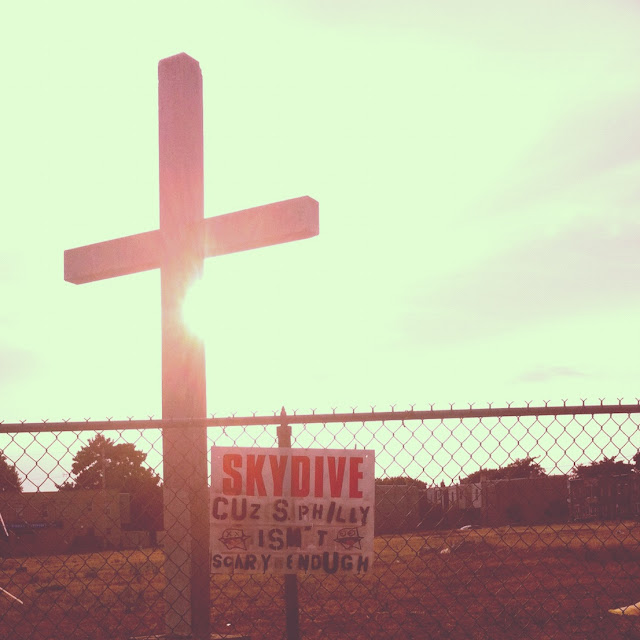 Obviously the original unaltered sign was a honest to God attempt to drum up skydiving business for some hungry young company.  On numerous occasions I passed by these signs and found myself dumbfounded at who this advertising campaign was directed towards.  By nature bandit signs are found in the less affluent or working class neighborhoods of cities.  This often means these signs are hung on abandoned buildings or nailed high up on telephone poles outside corner stores.  This particular sign was sandwiched on a telephone pole between a Papi store and a burned out shell.  Litter was rampant on the street.  Yet amidst this carnage of decay was a proud testament to the determination of advertisers.

"Skydive" the sign read, and listed all the appropriate contact information.   I have gone skydiving.  It was an amazing experience and one I spent some time researching before I went.  Friends were asked for advice, websites were combed for reviews, and numbers were called for estimates. But nowhere in the backdrop of my inspiration was a pile of abandoned tires, a boarded up rowhome and bandit sign proclaiming the virtues of free falling out of an airplane.  I just couldn't fathom who would trust their life to a company that engaged in this predatory advertising.

So I did what any red blooded American with a pitbull and an iPhone would do.  I started collecting these signs, changing the messages and putting them back up for the internets to enjoy.  I figured if advertising for skydiving is apparently acceptable behavior, what else will people accept as normal?  The answer is not yet defined.  But let it be known that Huggie has peppered the urban landscape with plenty of altered bandit signs offering "cash for gold teeth" in attempt to find out.

Remember when I asked " What else we people accept as normal?"  Remember when I thought a burned out building was a weird place to advertise.  I take it all back.  This picture below is not a Gorilla Upskirts production. I actually found this while exploring Mount Moriah Cemetery this weekend.  I repeat, this is real.  Not a joke.  Somebody actually placed this bandit sign in an abandoned graveyard. And that wasn't the only one I found.  An advertisement for a daycare was holding down  the fort as well. 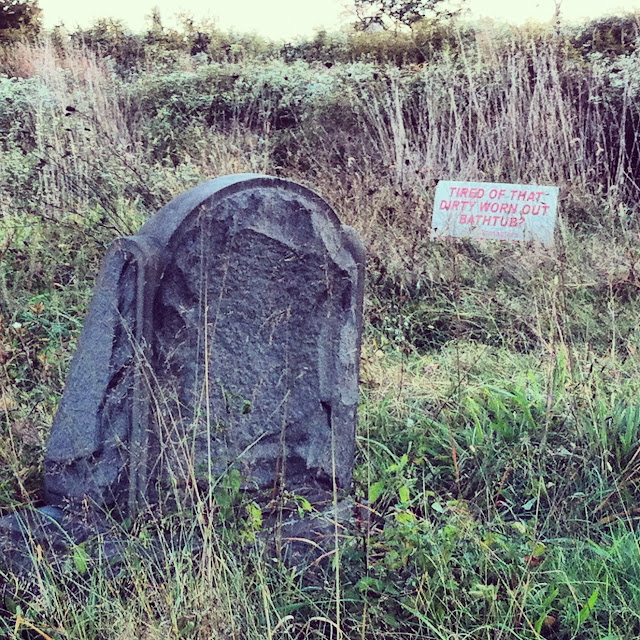